How to Make Peace and Alliance in Mount & Blade 2: Bannerlord - ShowGamer

How to Make Peace and Alliance in Mount & Blade 2: Bannerlord

During the passage of Mount & Blade 2: Bannerlord at some point you will become a member of the military clash. It’s unavoidable. Below we explain how to make peace.

Regardless of whether you have a kingdom or if you joined an existing faction, you will ultimately be drawn into the war. The war is also part of the storyline. Later, after finding all the Lords and restoring the Dragon banner, you will encounter an expanding conspiracy. At this stage, several fractions of the Empire will make every effort to wipe your kingdom from the face of the earth. Fighting against their armies is a complex and expensive process. Even if you use all the ways to make money! A simpler, cheaper, and safer alternative is to go amicably.

If you already have access to the kingdom’s interface, you can see the functions there for declaring war or concluding a truce. However, both apparently do not work properly. They are simply disabled. However, there is an alternative way to discuss armistice with the enemy. To do this, you must find the enemy general on the battlefield. Go to him, the conversation will start automatically.

Say you would like to discuss something else. And you will see the opportunity to conclude a truce in exchange for something. Usually it’s enough to pay several thousand denars. And this sum is many times less than what you potentially spend if you fight with a large enemy army. In addition, you can even try to convince the general and lure him to your side! 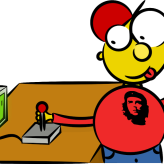 How to Stop a Conspiracy in Mount & Blade 2: Bannerlord