ShowGamer.comAll Endings Little Hope — How to Save Everyone

In this guide, we will tell you how to get all the endings in The Dark Picture's Anthology: Little Hope and what you need to do for this.

Mary is accused of witchcraft, and Abraham must state his position. Keep in mind that the solutions you make will determine the ending you get in Mary's storyline.

Note. I'm still not sure if these options will remain relevant if you make different choices during Little Hope. In my case, I avoided the obsession that Mary was evil, but I managed to shift the blame onto the priest. Perhaps this led to the options above.

Good Ending - "The Priest is evil"

Choose rage and persistence. As a result, Priest Samuel Carver will be charged with devil worship. The judge will open the priest's Bible with runic inscriptions. Mary will hug Andrew and thank him for saving him.

Note. Playing as Daniel, you need to solve the secret of the Bible in the Museum of Witchcraft. When you flip through its pages, you will find the marks left by the priest. This will allow Andrew to tell Abraham that the priest is hiding something.

Choose rage and irritability (impatience, or anxiety and hopeful). The judge will throw the doll into the fire. A terrible fire will start that will engulf the courtroom. Mary will hold on to Andrew. It looks like you could have saved the girl, but you did not find the true evil Little Hope. I'm not sure if burning the doll in the Witchcraft Museum affects this ending, however I did not do that during the game.

Choose concern and heartlessness. Mary will be convicted of witchcraft and burned at the stake.

Regardless of the choice you made during the trial in 17th century, Andrew and his companions will try to leave the house. However, your decisions will have consequences.

In addition to surviving every battle with demons, you must make the right decisions for the survival of each hero.

How to save Taylor

How to save Daniel

How to Save Angela

Note: even if you have completed all the points of the guide, in the third act a creature will attack Angela and drag her into the sewers. Complete all QTEs, follow to the end of the sewers and open the door. At this moment, the screen will switch to other characters and you will hear Angela's scream. This action cannot be avoided.

How to save John

If you saved Mary

The group will be able to successfully leave the house if the correct decisions from the list above have been made.

If you burned a Doll

Even so, your group may still be able to survive. Look, if Mary was saved, the characters will survive as long as there is at least one negative trait blocked. If the doll is burned, then there must be two blocked traits to survive.

If Mary was judged

Andrew will be saved, but the rest of the group will die under the rubble of the destroyed house.

AT THE MOMENT WE ARE WRITING A DETAILED PASSAGE TO THE BEST END, WITH THE SAVING OF ALL TEAM MEMBERS. YOU CAN READ THE MATERIAL BY FOLLOWING THE LINK BELOW. 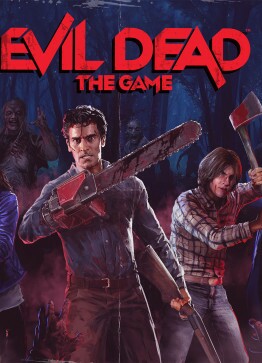