Chapter 2 - Where to Find the Last of the Lost Sheep

At the very beginning of the 2nd chapter in the "Meadows" location the dozing boy Mo will ask Carto to find his scattered sheep. Three of them graze on adjacent fragments of the map, the fourth, Penelope, is nowhere to be found. Mo will assume that she has retired to her favorite spot, surrounded by bushes with white flowers.

To solve this puzzle, you need to form a square of the sides of the map pieces with these bushes, leaving free space in the center. It is there, after this procedure, a new fragment of thickets will appear, in which Penelope is hiding.

Chapter 3 - How to Get through the Foggy Forest

The journey through the foggy forest in Chapter 3 consists of three small stages, each with two map fragments. During this quest, each time you need to be guided by the visual cue on the first fragment, and then substitute the second in the desired direction. The game will notify you of the transition to the correct fragment with a characteristic sound and image of a note.

During the first segment (intersections), you need to focus on trees with a ribbon tied to them:

During the second (turns) - to the direction indicated by the felled trees:

During the third (thicket of the forest) - on the slope of the surrounding trees:

How to find the Captain among the rocks in Chapter 5

After meeting a camel lazily chewing on a scarf and a stone with an inscription, rows of rocks will appear on the shifting yellow fragments of the desert along the entire edge. These fragments must be composed in such a way that the rocks form something like the letter "P" (or "C", or "U") with an empty space between them. In this empty space the grotto will appear, in which the Captain is waiting for us.

After the Captain inserts a special sign into the image of the Sun, it is necessary to open the map while inside the grotto. A special schematic light projection will appear on i

During the 6th chapter, Carto again finds himself in the "Forest" location, where the messengers already familiar to the player are looking for the missing Senya, the new Overseer. An important clue is the testimony of Ansso, a laconic messenger whose pet is a vulture. After "consulting" the bird, he suggests looking in the northeast.

If we take a place on the map with a tree and a messenger to the south, then a fragment of the map that will help to find the Canopy will be found between the spreading trees in the upper right (northeast) fragment of the forest on the same large square with the Mother's sprout.

Chapter 7 - How to Escape from a Volcanic Eruption

When you find yourself in the mouth of a volcano, don't worry. You can get to the surface by twisting the only available "shaking" fragment of the map, on which Carto is at that moment.

After the girl is on the surface and reunites with the locals, they will tell her that they should all get away from the volcano as soon as possible. Usually, it is enough to just remove a fragment of the map away from the volcano's mouth, after which an eruption will occur.

Some players write that this method does not work in their case. The reason is currently unknown, but don't despair! In this case, the opposite option may work: remove the volcano from the fragment with residents.

We will not describe the plot.

In the second chapter, the inhabitants of the location will gather for a feast with music near one of the huts. There is also a special plant that you can interact with. After completing the scene, go to it and press the "Space" several times.

When you visit the location again during the search for the desert in the 4th chapter, the plant is in the same place and is still available for interaction and achievement.

The desert that Carto will explore during Chapter 5 is full of cacti. Any of these will work for the achievement. You just need to interact with it several times using the "Space".

Upon returning to the forest in the 6th chapter (during which the messengers will ask Carto to help them find the missing Canopy), you can find that something new has appeared on some fragments of the map: quite noticeable blue birds sitting on the treetops.

Each of the birds sits on the corner of their map fragment. To obtain the achievement, you need to connect the four corners with the birds so that they are side by side and can all sing together.

The necessary fragments of the map and how to dock them with each other - in the screenshot below.

In the 7th chapter, Carto will witness a volcanic eruption. After this happens, you need to go to the map screen, select the volcano (several fragments made up by a cross) and twist it several times. Local entrepreneurs will get a new attraction to attract tourists, and you will get an achievement.

To obtain this achievement, you must, while participating in the fishing competition in Chapter 8, fish a piece of the puzzle from the lake, which consists only of fish "head" and "tail". It is caught in the same way as a fish: we throw in the fishing rod, wait for the movement of the float, we take it out.

While wandering through the snow-covered expanses of the iceberg, Carto may stumble upon several objects, from which you need to collect an elegant snowman to obtain the achievement. These items are:

Location: Main menu of the game

After obtaining the previous six achievements, you must go to the "Secret" section in the main menu of the game. The pieces of the puzzle will come together, opening up access to a small additional location with a couple of pleasant surprises.

Not a day without a page

To obtain this achievement, you must read all stories in the House of Stories. Each time you get there, check all currently available rooms (over time, their number increases) and look for illuminated shelves. Some stories have to be read to progress through the plot, some serve only to reveal the world.

Also, do not forget to regularly read the book lying on the table at the entrance. It is constantly updated with descriptions of new adventures of Carto. The appearance of a new entry in it is also indicated by the glow.

From the height of intelligence

Towers of Hanoi are puzzles with moving the pyramids of books from the left to the right position on behalf of the Keeper of Lore. There are three of them. To describe the optimal solution, we will take the following conventions:

The third in 1 turn, made on the map screen: 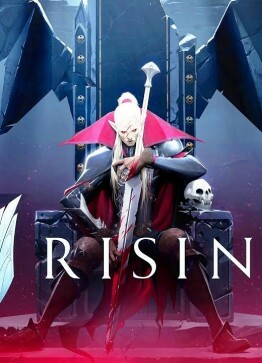